Background: Tuberculosis (TB) continues to be among the leading causes of high mortality among developing countries. Though a seemingly effective treatment regimen against TB is in place, there has been no significant improvement in the therapeutic rates. This is primarily owing to the high drug doses, their associated side-effects, and prolonged treatment regimen. Discontinuation of therapy due to the severe side effects of the drugs results in the progression of the infection to the more severe drug-resistant TB.

Objectives: Reformulation of the current existing anti TB drugs into more efficient dosage forms could be an ideal way out. Nanoformulations have been known to mitigate the side effects of toxic, high-dose drugs. Hence, the current research work involves the formulation of Isoniazid (INH; a first-line anti TB molecule) loaded chitosan nanoparticles for pulmonary administration.

Results: The obtained nanoparticles were spherical in shape having an average size of 620±10.97 nm and zeta potential +16.87±0.79 mV. Solid-state characterization revealed partial encapsulation and amorphization of INH into the nanoparticulate system. In vitro release study confirmed an extended release of INH from the system. In vitro cell line-based safety and efficacy studies revealed satisfactory results.

Conclusion: The developed nanosystem is thus an efficient approach for antitubercular therapy. 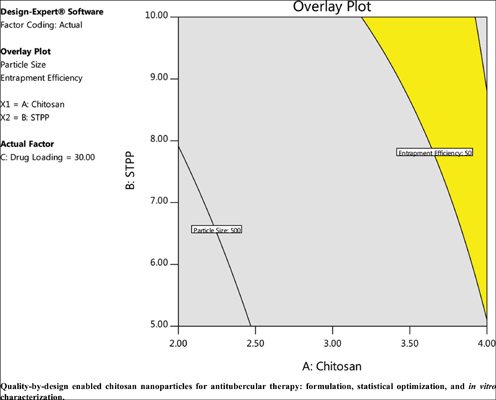